BEHIND THE DESIGN: METALLICS COLLECTION 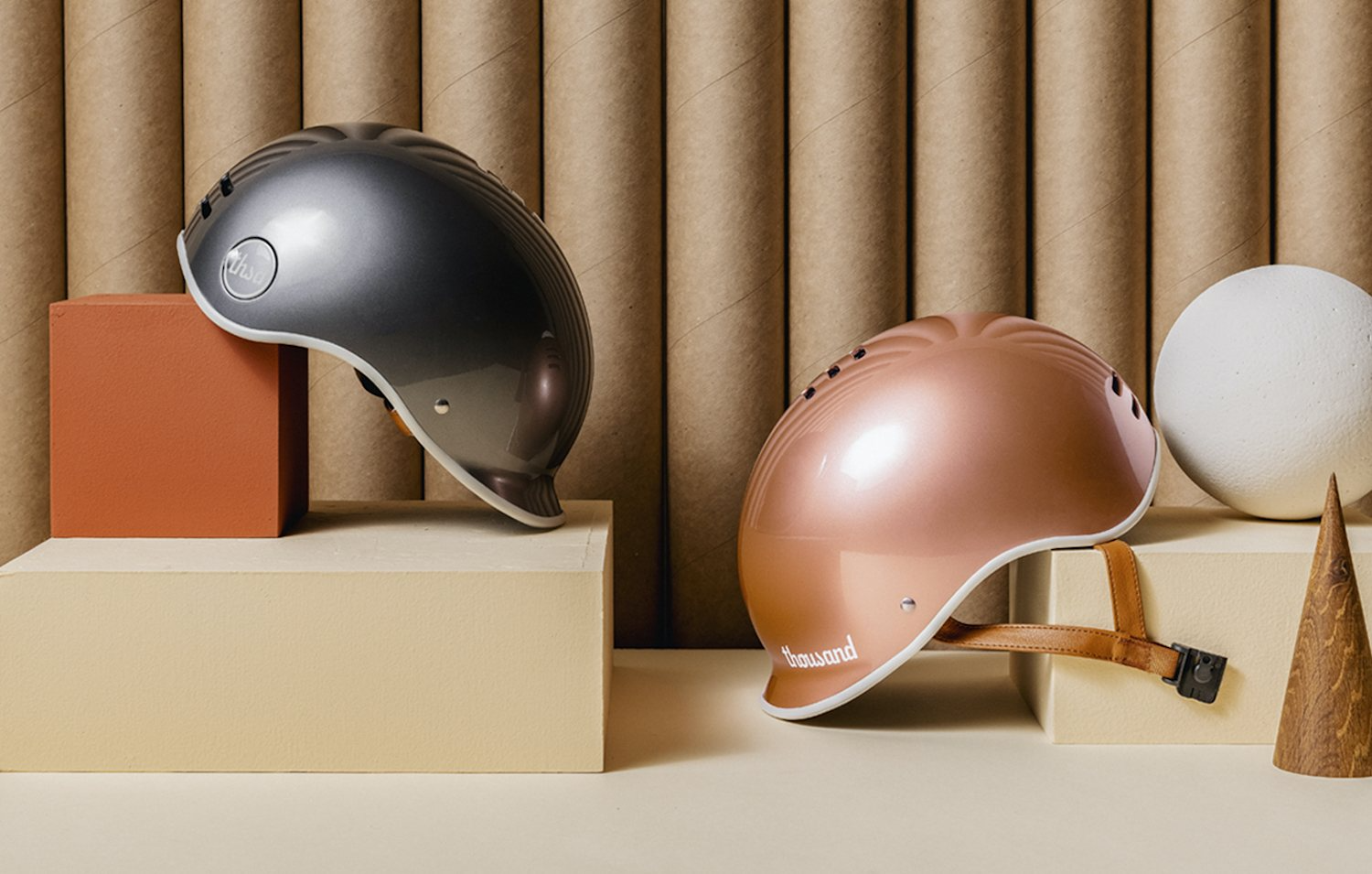 We've always found inspiration from the past, and our newest collection is no exception. The Metallics Collection's reflective colorways, Rose Gold and Polished Titanium, are an homage to the grand, innovative concepts of retrofuturism – an inventive time in the 50s and 60s defined by innovation, dreamers, and moonshot ideas to create the "cities of tomorrow." 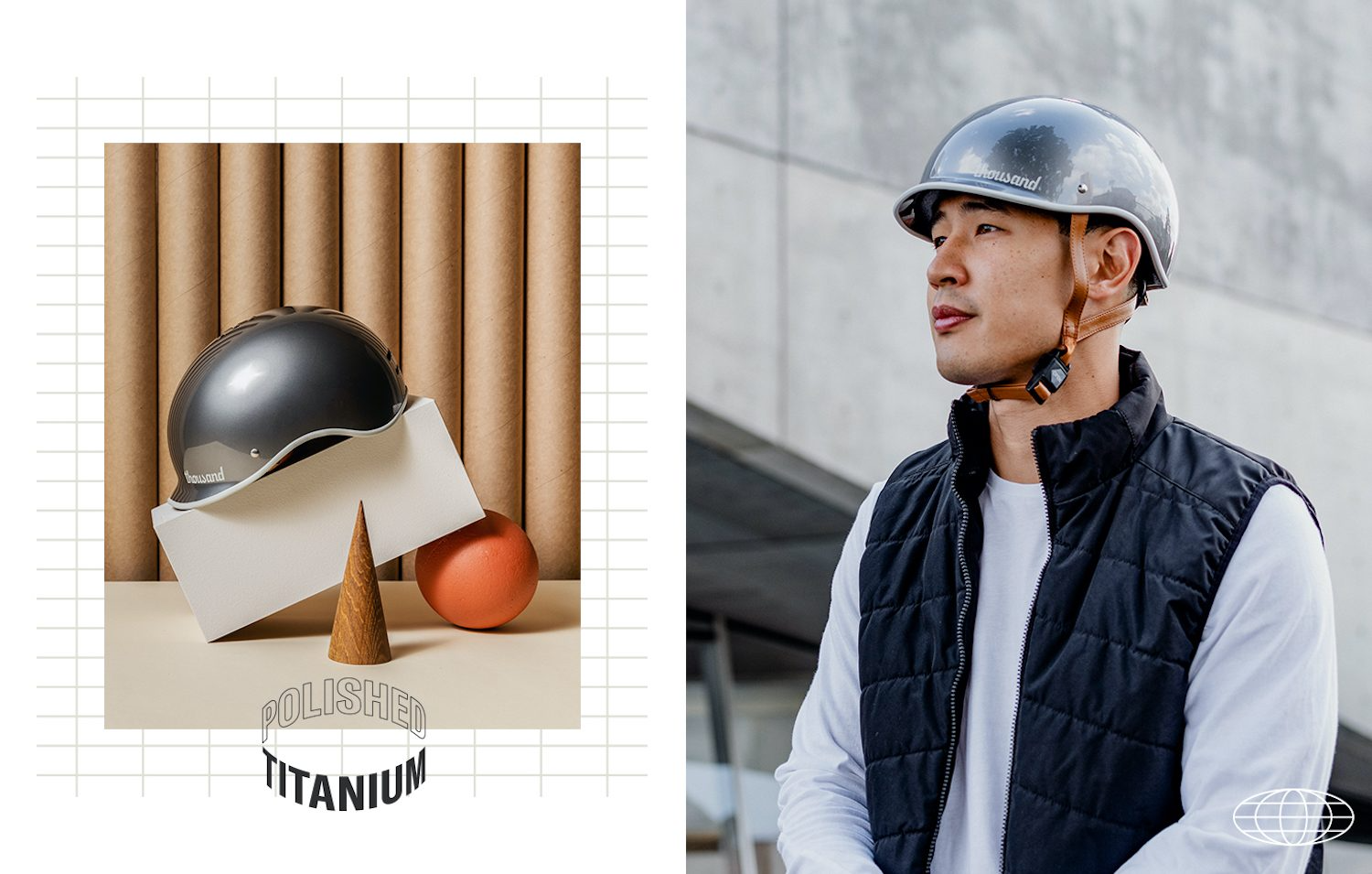 We might not have flying cars or people delivering mail by jet packs, but the spirit of enthusiastic creativity and the fearlessness to pursue crazy ideas to revolutionize the future resonate deeply with us. That kind of ambitious forward-thinking is what inspired Thousand. Instead of settling for traditionally bulky, uncomfortable helmets, we set out to rethink design and combine style and convenience, making safety seamless. 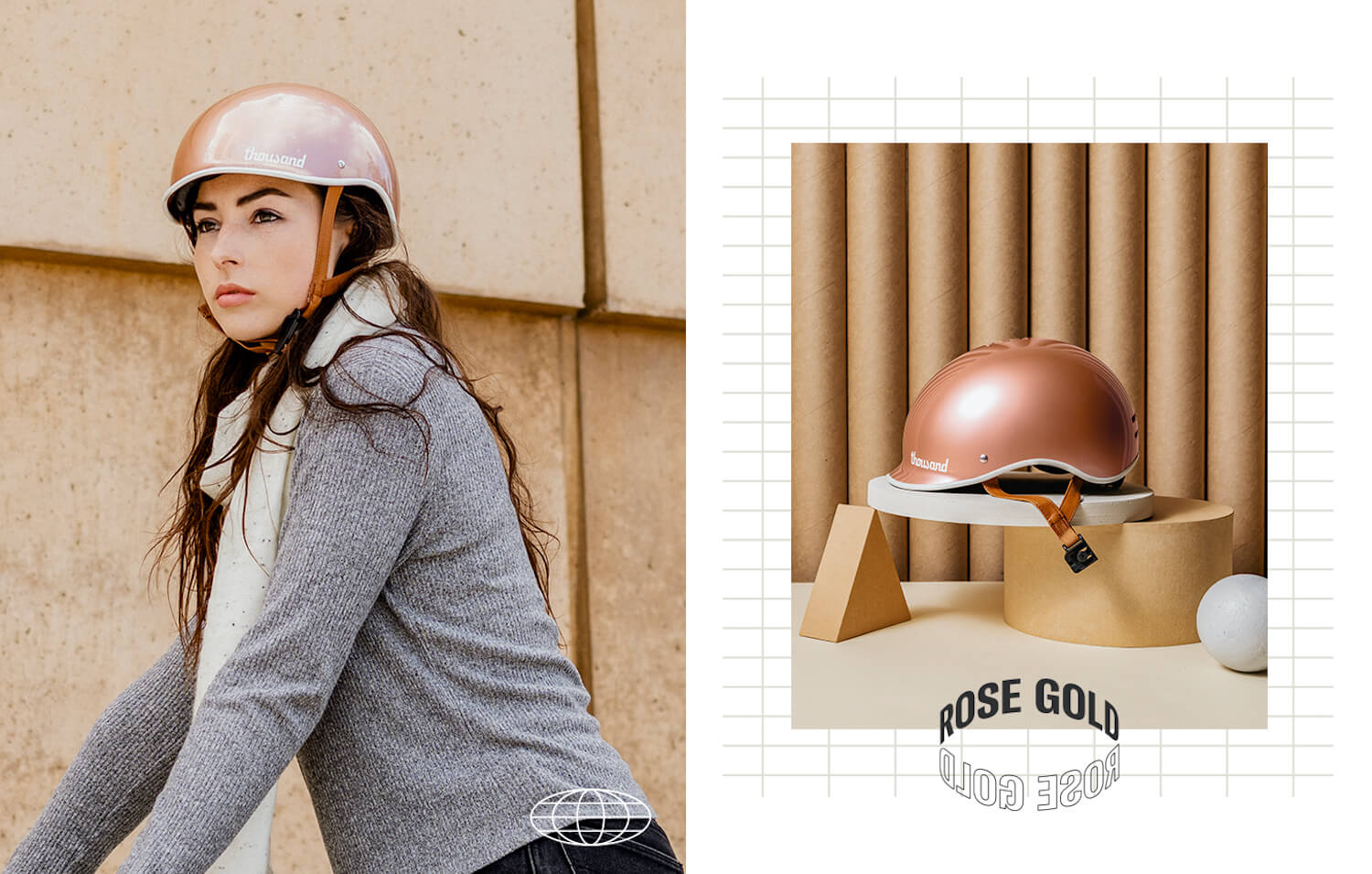 At the time, predictions of driverless cars, clean energy, and electric transportation were wild ideas... but today, we know that they weren't too far off. Almost 70 years from the Golden Age of Futurism, today's "cities of tomorrow" are becoming urban spaces with more alternative, clean modes of transportation and fewer cars than ever.

Urban renewal and transportation revolution were notable elements of the Golden Age of Futurism. There's still a lot of work to do before we achieve the past's visions of the future, but there are some cities that are doing their part today to help people move more efficiently and sustainably. Here are some ways that people are shaping the cities of tomorrow – today. 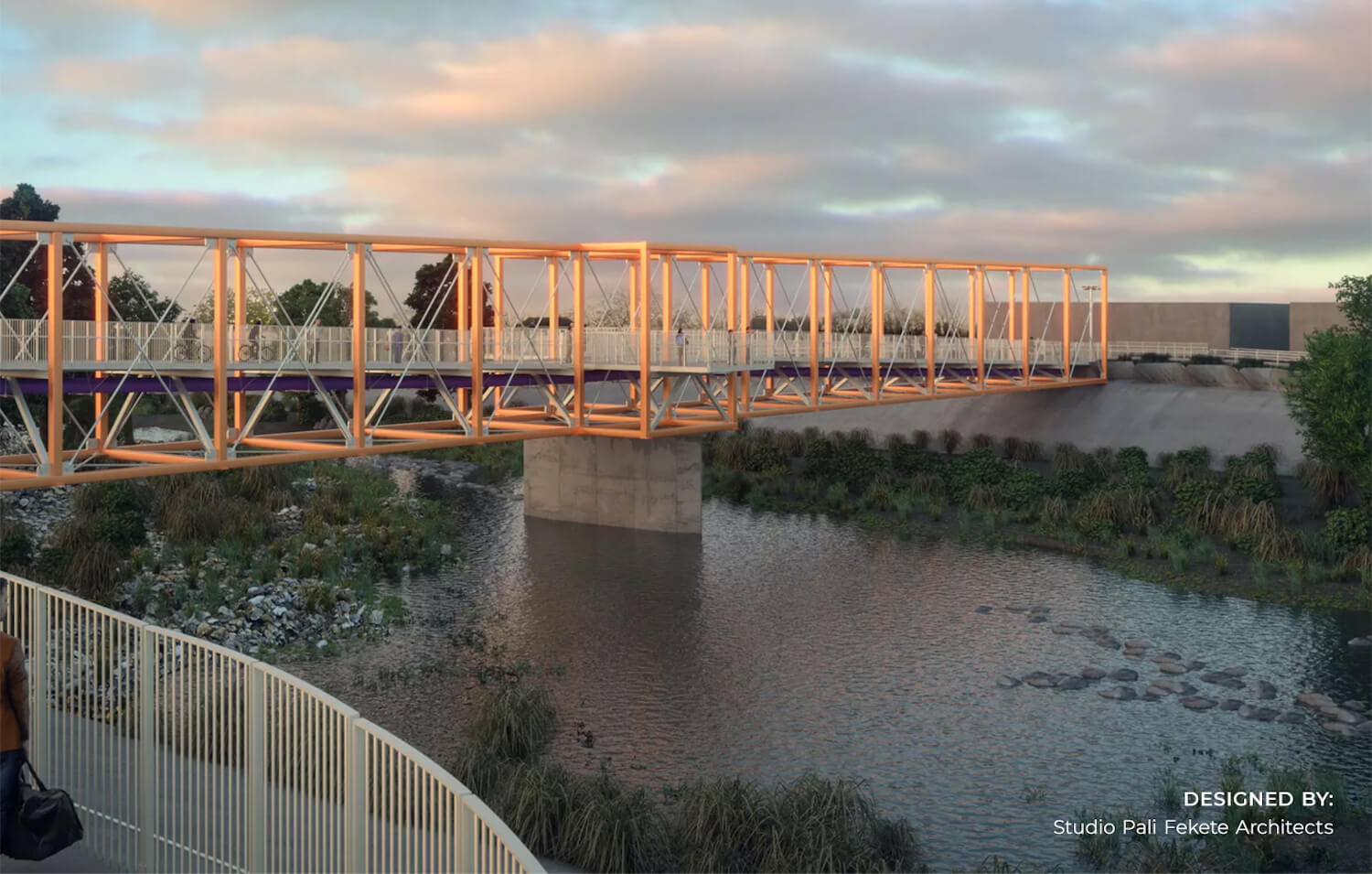 With the LA River Revitalization Project, our hometown is going after its own moonshot project. In the 1930s, the LA River was turned into a concrete channel in an effort to control its flooding. It was no longer a space for local wildlife or Angelenos to enjoy. Today, the people of LA have decided to take back and revitalize the city's river. There are more than 20 projects planned to restore the river's natural habitat and create public spaces accessible to everyone. 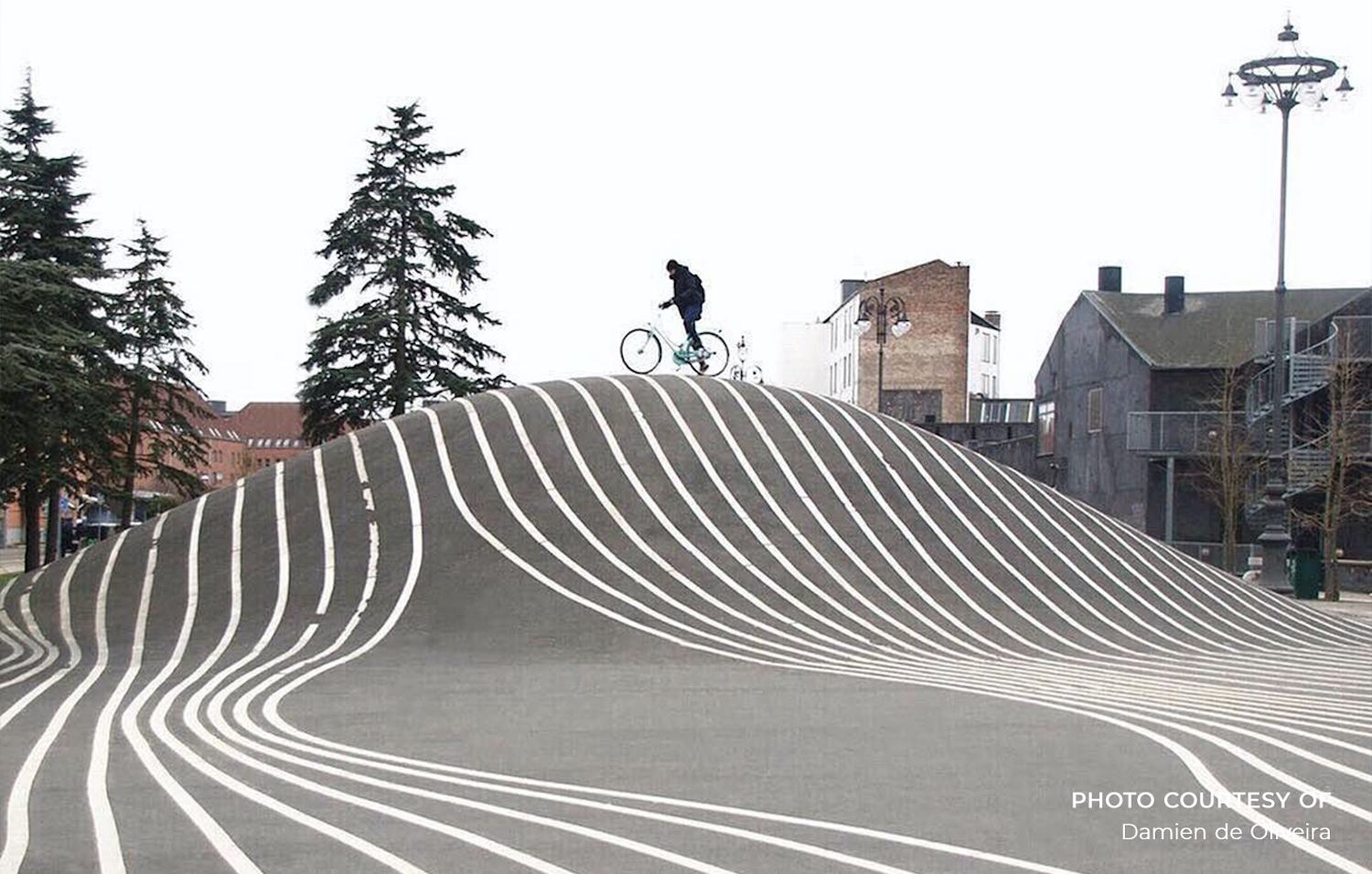 Superkilen Park is a one-of-a-kind outdoor space, designed as part of an urban improvement plan. The park is seamlessly integrated into the urban plan, featuring many bike paths that not only connect the different parts of the park, but also allow for easy access from the neighborhood into the outdoor space. Superkilen is a celebration of diversity, community, and a modern "world's fair" for the neighborhood. The park is made up of a variety of objects from foreign countries, like swings from Iraq, benches from Brazil, an octopus sculpture from Japan, and trash cans from England. Superkilen is an experiment in community building through collaboration with neighborhood residents and renowned architects. 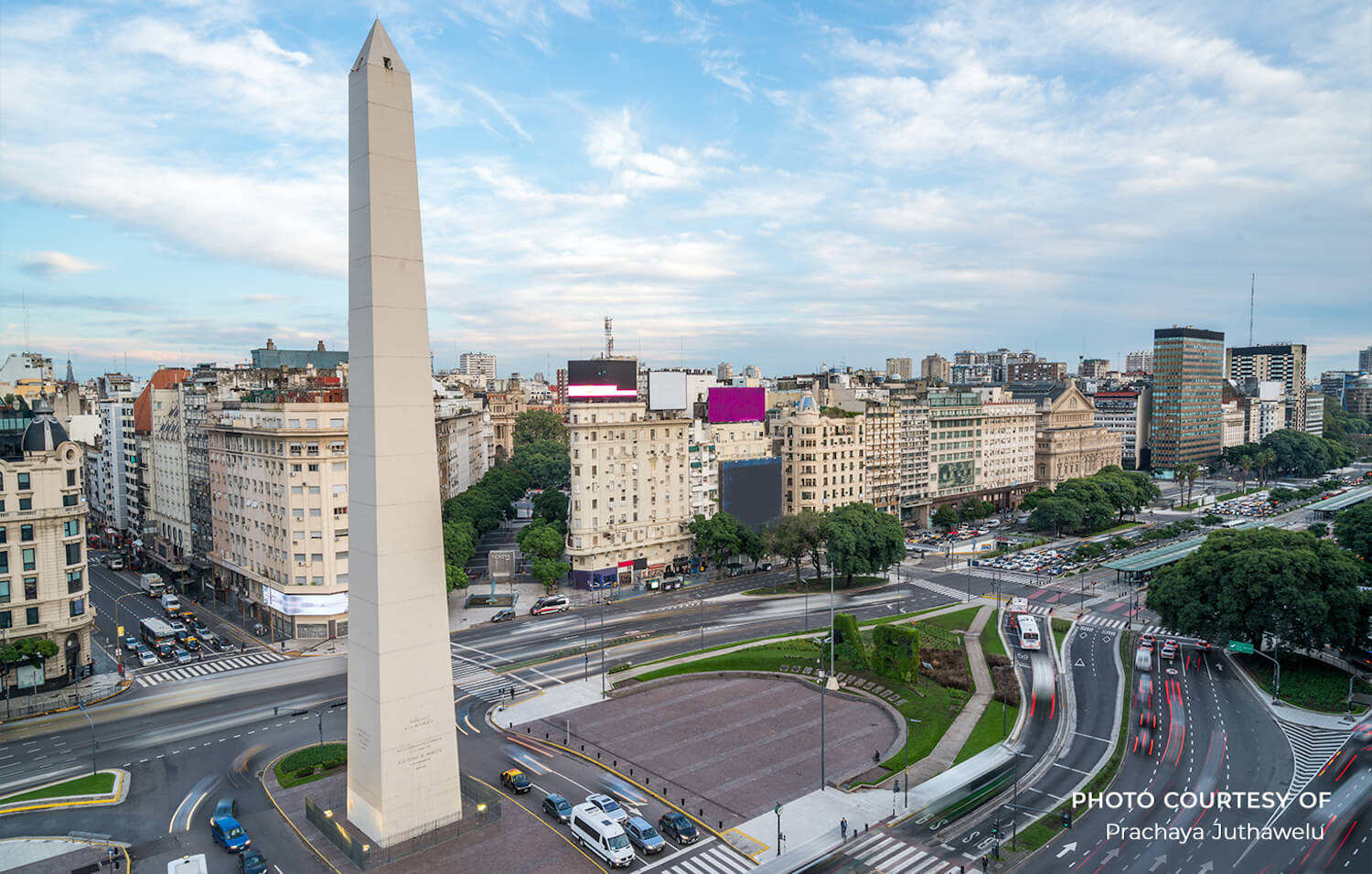 Argentina's capital city has the widest avenue in the world, with the Avenue 9 de Julio spanning a whopping 20 lanes. In an effort to decrease dependency on cars and increase efficiency and access to public transportation, Buenos Aires cut the avenue in half, leaving 10 lanes for cars and the other 10 as a "surface subway." These lanes are reserved only for public transportation, allowing traditional buses to function like subway trains, and cutting the time it takes to cross the city by more than half.

Today, cities are becoming more sustainable, more diverse, and more energized than ever before. We're proud to do our part in shaping a better future by empowering more people to get our of their cars and ride safely through their cities.