THE BEST BIKE RIDES IN BOSTON 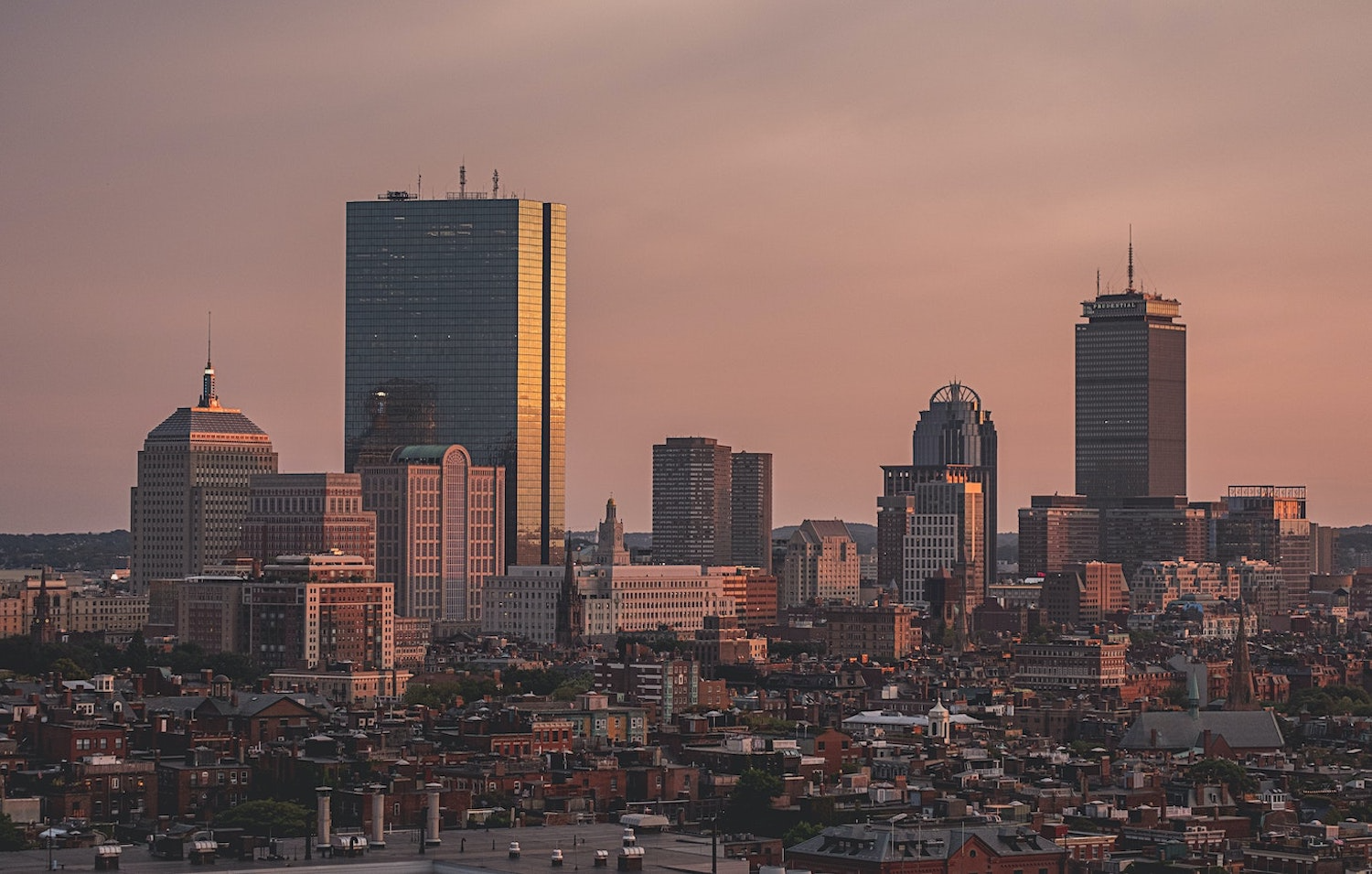 Boston and Cambridge have earned coveted “bike-friendly city” titles for their infrastructure, number of bicycle commuters, and general public safety. While Boston may not have originally been built with bicyclists in mind (hello, cobblestone streets), the local government has definitely invested in making it more accessible for the future.

Of course, seasons are a thing here, which makes biking and cycling a bit more challenging during frigid winter months. That just means you have to fully take advantage of the good weather when you have it. Here are five bike rides to get you on your way.

It may appear a bit ominous with its wind turbines and wastewater treatment plant — but, hear us out. Deer Island is actually an excellent little city escape, and it’s dog friendly. Hop on the ferry with your bicycle and take either the 2.6-mile waterfront bike path or ride the two miles of trails that cross the 265-acre island. Deer Island has 60 or so acres of parkland, so you might make an afternoon of it by bringing a picnic lunch and a good book. If you’re in the mood to learn, the wastewater treatment plant offers guided tours by reservation.

The Arnold Arboretum of Harvard University is North America’s oldest public arboretum and the only one designed as a public park. It’s quintessential Boston nature, offering everything from birdwatching to fishing, running to hiking, and mountain biking to cycling. The bike path is a 4.5-mile loop. Or, you might ride your bicycle on the many paved paths if you’re willing to share the road. Head to the top of Peters Hill for a not-to-be-missed view. 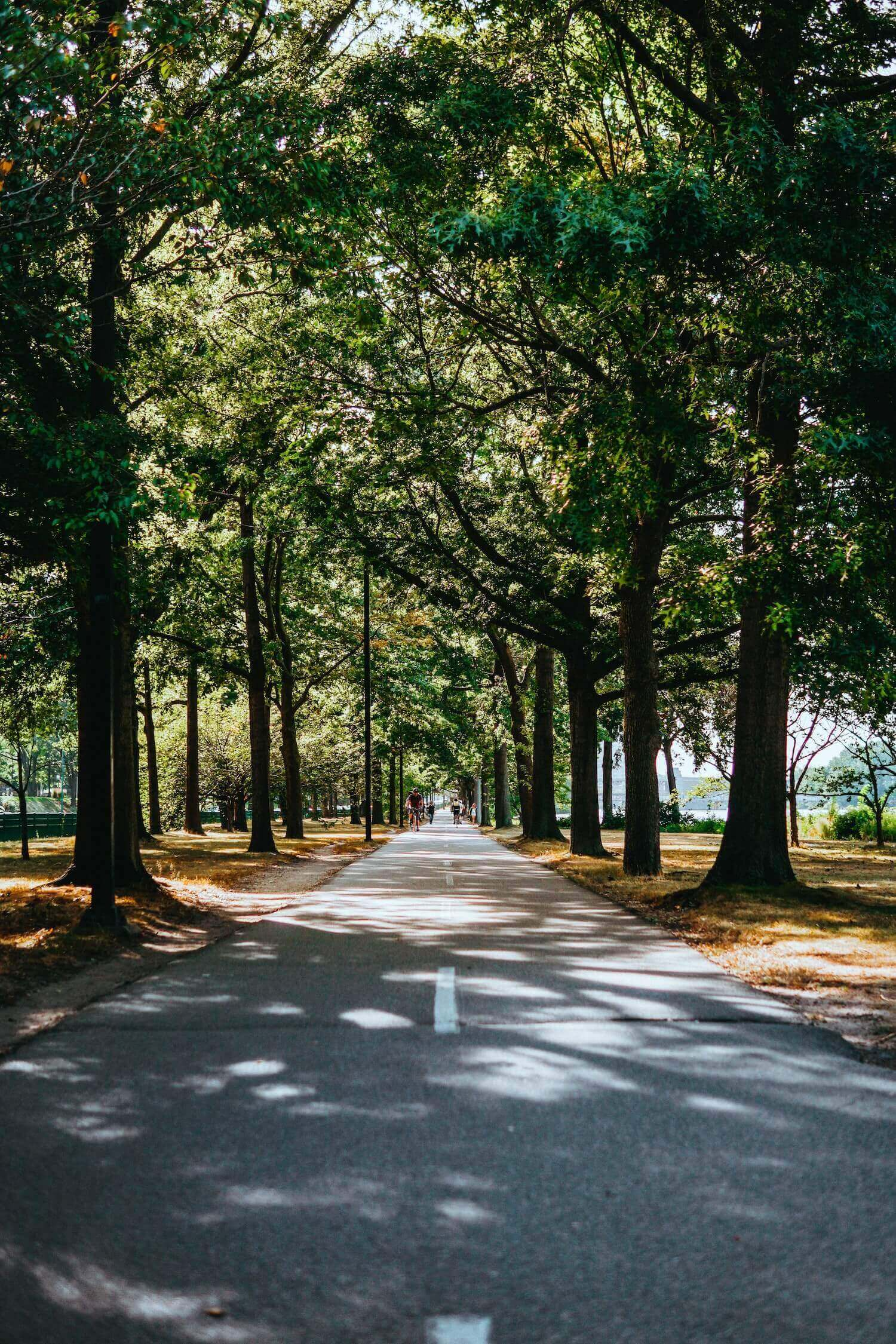 The Charles River Bike Path starts (or ends) at the Museum of Science at Charles River Dam Road. Also known as the Paul Dudley White Bike Path or Charles River Greenway (depending on who you ask), this 22.5-mile paved stretch along the Charles River offers views of the Boston skyline, glorious greenery and several bridges along the way. This particular trail is also part of the East Coast Greenway, which stretches north to Maine and south to Florida. Bicycle road trip, anyone?

Boston is rich in history, and the Minuteman Bikeway doesn’t disappoint. As its namesake would suggest, this 11-mile bike path is known to be the approximate midnight ride that Paul Revere took in April 1775 at the start of the American Revolution. The heavily trafficked rail-trail is ideal for cycling, bicycles, and mountain bikes and all levels.

If it’s a forest you’re seeking, look no further. Stony Brook Reservation features 12 miles of biking, hiking and walking paths fit for the casual explorer. Among its 475 acres you’ll also find Turtle Pond for fishing, Olsen Pool for swimming and athletic fields for baseball and soccer, among other amenities and activities. It’s truly an oasis in the city and ideal for a Sunday Funday.