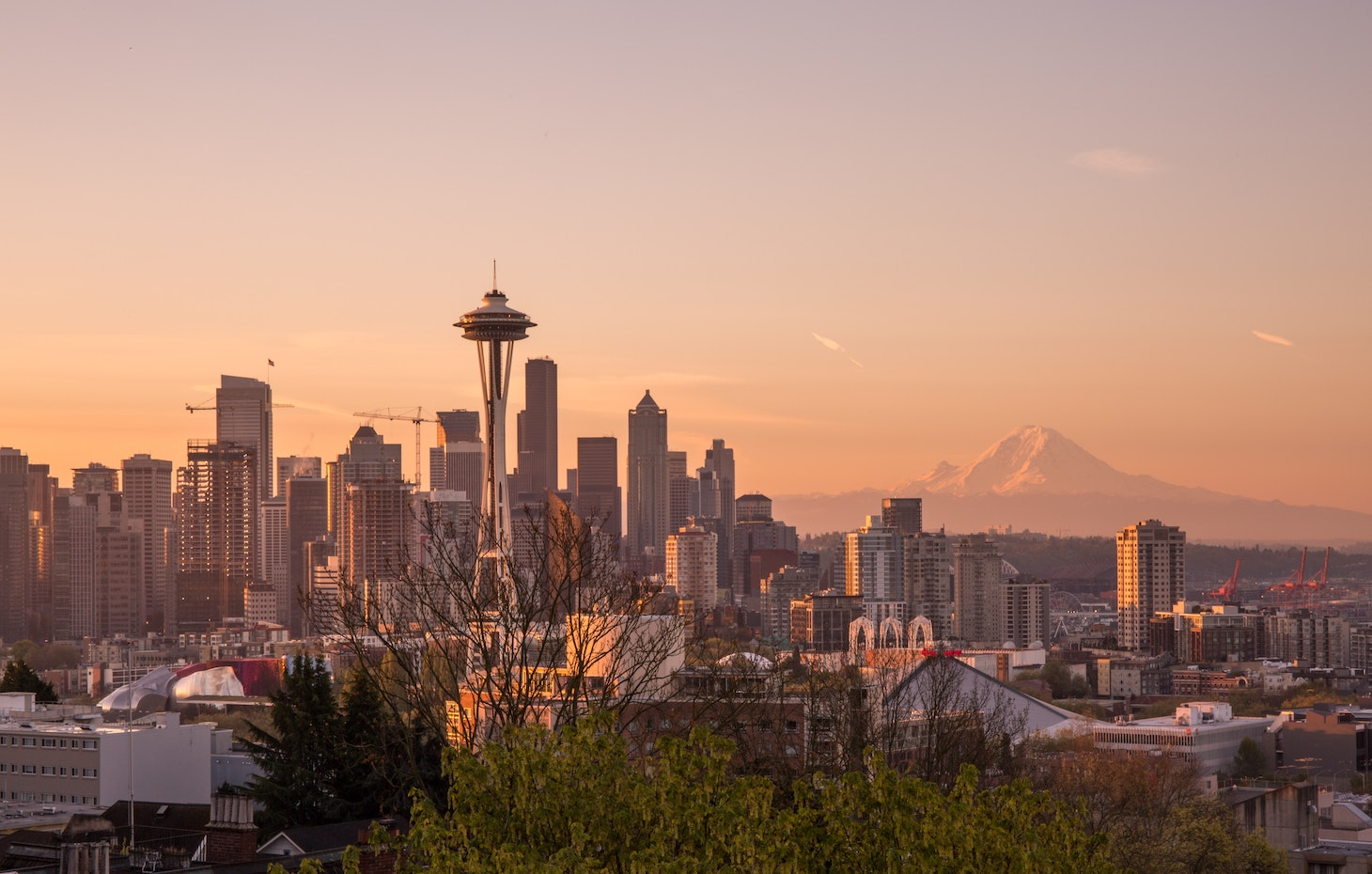 Seattle remains one of the most bike-friendly cities in the U.S. All year round, residents and visitors alike commute and explore the Emerald City by bicycle thanks, in part, to its well-connected infrastructure. There’s also a healthy respect for bike riders up in the PNW.

As you can imagine, because it’s such a bike-friendly city there are lots of trails from which to choose. Here are five top bike rides in Seattle to help you narrow it down.

THE BEST BIKE RIDES IN SEATTLE

The Burke-Gilman Trail is a beloved 18-mile journey that starts (or ends) at Golden Gardens Park. It’s become a main artery for many a bike commuter, but also serves as an ideal trail for recreational riding, cycling, walking, and running. Burke-Gilman has seen an influx of congestion due to the pandemic and folks taking to two wheels for exercise, but it’s still a classic. For beginners, check out the Ballard Locks to Golden Gardens portion (2 miles each way). You’ll be treated to a stunning view of the Puget Sound.

Visiting Pike Place Market? Make it a whole day and cruise along the 3.4-mile Elliott Bay Trail, made for cycling, bike riding, rollerblading, running, and more. We can’t help but love a good waterfront bike path, especially at sunset. This one offers views of the Olympic Mountains and a reason to stop and admire the Olympic Sculpture Park. You might even watch people fishing on the pier if you’re into that sort of meditation.  .

One of Seattle’s simple pleasures is the opportunity to take the ferry with your two-wheeler in tow. Bainbridge Island is home to mountain bike and bicycle trails fit for all riders. The quaint island, dotted with boutiques, distilleries, wineries, restaurants and more, is easily accessible by ferry from Coleman Dock. It’s worth noting that Bainbridge is known for its hilly bike paths (and the famous “Chilly Hilly” bike ride in February), so be prepared when you hit the 35-mile loop around the entire island. It’s the perfect day trip or weekend getaway — without going too far.

If you love a good loop, the Cheshiahud Lake Union Loop is not to be missed. The 6-mile paved bike path casually weaves along the perimeter of the lake where you can watch boats and kayaks float by. It’s truly a connector of communities in the heart of Seattle. Do yourself a favor and pack a picnic to enjoy at Gas Works Park on a sunny Saturday afternoon.

You don’t have far to go for a nature-y escape. The Interurban Trail (North) is 24 miles of blissful rail-trail that leads bike riders through Shoreline, Mountlake Terrace, Edmonds, and Lynnwood. Much of the trail consists of widely paved asphalt; however, there are a handful of pretty well-marked gaps, including sidewalks and streets. Keep your eyes peeled for quirky off-trail art installations along the way.